At Crete MEDIGROUP we believe that taking care of our health is the most important human act. With the vision to provide medical services of the highest quality, Crete MEDIGROUP’s Medical Diagnostic Lab offers services that cover a wide range of laboratory tests as well as imaging exams.

One of our key priorities is to ensure quality healthcare services for the whole family. We continuously upgrade our services in terms of infrastructure and management, and we constantly keep pace with the advancements in medical technology.

Patient care and the provision of top-level hospital services are of pivotal importance in Crete MediGroup. Crete MediGroup’s scientific personnel are in constant readiness to treat any medical condition 24/7.

We offer the revitalization of health care in the region, providing high quality, immediate and reliable medical care to the local community and visitors of Crete.

is our technological and scientific medical perfection

is to become the top provider in Medical Care Services

to serve and protect your health

A True Devotion to Healing

Crete MEDIGROUP is guided by a certified team of doctors, always available to the needs of our fellow citizens.

We work with the ethical obligation of protecting the health and the interests of our trusted customers and to provide the highest level of services with the highest possible level of your satisfaction. We are committed to employing the best staff, the skilled, experienced, and friendly people you have trusted and who will always be there for you. We owe it to ourselves to constantly improve.

We offer the revitalization of health care in the region, providing high-quality, immediate, and reliable medical care to the local community and visitors of Crete. Our Private Multi Centers operate in the popular tourist resorts of Sisi Lasithi as well as in the wider area, offering a wide range of medical specialties and services for specialized medical care.

A wide spectrum of Physicians and Specialists experienced in routine, Emergency, and First Aid treatment

Walk-ins without an appointment and residential/hotel/resort service and assistance.

We stand next to the child and parents, for every necessary issue of a medical nature.

Ambulance and Car transport services for emergency and non-emergency assistance

Equipped with a modern color ultrasound machine for examination of all human organs.

Equipped with the best machines for electrocardiography and other similar services.

Equipped with the best machines for performing Pap tests.

Electrotherapy is a method widely used in physiotherapy for pain analgesia.

Prescription is made daily 24/7

Prescription is made daily 24/7 (& SaturdaySunday).

Do you need an appoitment for healthcare treatment?

Your treatment will be performed by a licensed therapist. Schedule your appointment now!

Are you ready for a consultation?

Your treatment will be performed by licensed therapist. Schedule your appointment now!

In the medical profession, a general practitioner (GP) is a medical doctor who treats acute and chronic illnesses and provides preventive care and health education to patients of all ages.

A general practitioner manages types of illness that present in an undifferentiated way at an early stage of development, which may require urgent intervention. The holistic approach of general practice aims to take into consideration the biological, psychological, and social factors relevant to the care of each patient’s illness. Their duties are not confined to specific organs of the body, and they have particular skills in treating people with multiple health issues. They are trained to treat patients of any age and sex to levels of complexity that vary between countries.

Radiology is called the specialty of medicine that uses the imaging technologies of internal organs or other parts of the body to diagnose and many times treatment of diseases.

Imaging was first achieved with X-rays (ionizing radiation) discovered by Wilhelm Röntgen in 1895, so their application to medicine was named “radiology”.

Ultrasonic imaging device is a device with an architecture similar to that of the computer that receives signals from a transceiver, processes them, and converts them to images in black and white or color form. The transceiver is the peripheral component of the machine that sends ultrasound to the body in the direction that the examiner defines and simultaneously accepts their reflections and turns them into a picture.

Each body tissue has special behavior in ultrasound and thus reflects, refractive, or “absorbs” a different amount of waves than it accepts. So the computer after receiving reflections and knowing the number of waves sent yields a color or a shade of gray on each tissue and displays them on screen like images. These images are studied by the examiner and in turn export diagnostic conclusions.

Cytology is a medical specialty that does not cure but quickly, effectively and relatively inexpensively recognizes precancerous conditions as well as cancer.

The Cytologist examines under a microscope cells from diseased areas of the human body in order to diagnose whether it is a form of cancer, a beginning dysplasia (precancerous lesion) or a benign disease. 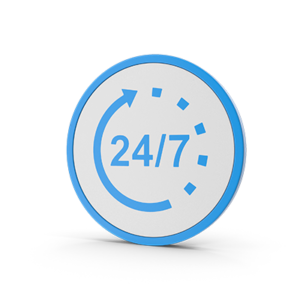 I went for a “massage” to a qualified physiotherapist.

With one sample 4 results

We care about you

MEDiGROUP Crete is guided by a certified team of doctors, always available to the needs of our fellow citizens.

Some news and articles from us. 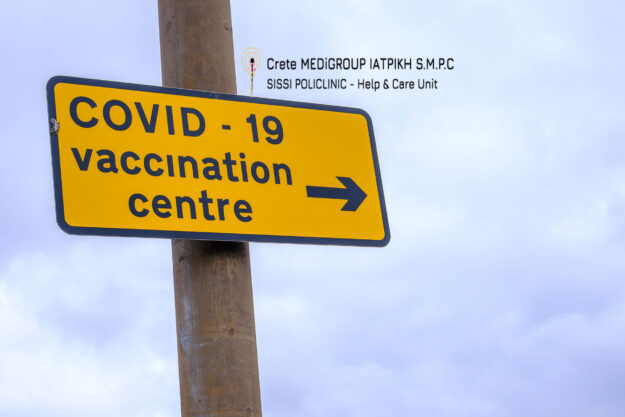 Crete Medigroup is standing by the side of our community, assisting the COVID-19 vaccinations for people who have not been vaccinated yet. At our Sissi Policlinic, you may have your shot at your convenience and without charge. Our experienced medical personnel will assist you throughout the process. You may choose in our Vaccination Center a…

END_OF_DOCUMENT_TOKEN_TO_BE_REPLACED

For me, -modern- Forensic Science & Art with medical case law and forensic medicine is not just a profession. It is a passion and a way of life. The mission of the company delimits the framework on which my decisions and actions are based. My main values ​​are shared by every client and every scientific…

END_OF_DOCUMENT_TOKEN_TO_BE_REPLACED

Medical and laboratory examinations are provided in complete confidentiality.

Book your appointment for Rapid, PCR or RSV test online!!

Reliable and fast Covid-19 testing for your travels! To schedule your appointments for PCR, Rapid or RSV testing, contact us by phone, email, book online, or any other channel above!

MEDiGROUP Crete is guided by a certified team of doctors, always available to the needs of our fellow citizens.
MediGroup PoliClinic Sissi App